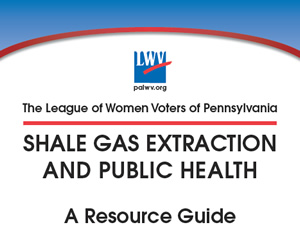 In the United States, the practice of drilling before consultation with public health officials is standard procedure. Unconventional drilling for natural gas is no exception. Public health safety measures provided by laws governing the environmental impact of industry are currently lessened for the oil and gas industry. This is because of partial exemptions from several federal environmental laws since 2005. The most frequently mentioned concerns involve the quality of water and air in the vicinity of the wells where the actual horizontal hydraulic fracturing (also referred to as “fracking’ or unconventional gas extraction) takes place. However, a more systematic approach to the subject requires inclusion of the entire cycle of extraction, processing, transmission, transportation, storage and distribution.
The public health impact is multifaceted. Worker health and safety issues range from truck drivers subcontracted by the gas producers to sand miners who supply the huge quantities of fine-grained silica particles needed for fracking. Less direct impacts involve the deterioration of community health resulting from the boom-and-bust cycle that can occur with extractive industries. Potential short- and long-term impacts on the environment, such as seismic activity and climate change, also have a bearing on public health.
The scope of the research has grown as the industry has developed. As a result, federal and state agencies are finding new strategies for examining the evolving questions. In the first ten years during which slick-water horizontal hydraulic fracturing technology was first used, starting in Texas in 1998, there was little research on the impact of unconventional gas extraction on human health. Although hydraulic fracturing is not new, dating back through the 1940’s, the technologies used now, depth of drilling, pressure, and volume of chemicals and water is new, as is the extent of use of these technologies. According to Howarth (2012), “over half of all the shale gas that has ever been developed in the world has been produced in the last 3 years… (thus)… almost all peer-reviewed scientific publications on the environmental health and public health consequences of shale gas have been published since April 2011.” The pace and scope of public health research is increasing.
Many government entities involved with public health are under the umbrella of the Department of Health and Human Services. These include: NCEH, the principal federal public health agency responsible for hazardous waste and public health; the National Institute for Occupational Safety and Health (NIOSH) dealing with worker safety; and the National Institute for Environmental Health Sciences (NIEHS) which is responsible for evaluation of water and air quality, among other mandates.
Other research has originated in the Department of Energy, and the Environmental Protection Agency, with additional input from the Science Advisory Board, the Government Accounting Office and the U.S. Geological Survey. Multi-agency projects include senior leadership from the U.S. Geological Survey, the Occupational Safety and Health Administration, and the Centers for Disease Control and Prevention (CDC). Among the non-governmental agencies doing research on health and fracking is the National Science Foundation which has conducted several health-related studies.
On April 2012, President Obama issued an executive order authorizing a multi-agency task force to “support safe and responsible development of unconventional domestic natural gas resources.” The 13-agency working group is tasked with creating “sensible, cost-effective public health and environmental standards to implement federal laws and augment state safeguards.” The agencies designated to take part in the new monitoring and regulatory group include the departments of Defense, Interior, Agriculture, Commerce, Health and Human Services, Transportation, Energy, Homeland Security, the Environmental Protection Agency, the Council on Environmental Quality, the Office of Science and Technology Policy, the Office of Management and Budget, and the National Economic Council (ICIS, 2012).
The most significant exception to the practice of drilling before consultation is found in the state of New York. There, Governor Cuomo has imposed a moratorium on fracking, which has delayed a long-awaited decision on whether to allow slick water horizontal hydraulic fracturing for natural gas drilling in the state. Before allowing industry to move forward in the state, New York’s Department of Environmental Conservation must conduct a review of a health impact analysis and advise the governor on its findings (Esch, 2012).
Unlike New York, Pennsylvania has allowed unconventional gas extraction since 2005. Thus Pennsylvanians rely on federal and state regulations and the industry’s best practices as the primary means of protecting public health. The state’s willingness to accept the risks associated with drilling is in stark contrast with the caution of Pennsylvania’s northern neighbor. Bamberger (2012) has described this choice as “an uncontrolled health experiment on an enormous scale.”